We spent 57 days travelling around Scotland. The weather was magic with only two days of drizzle, the locals say it is the best summer for over 20 years. An ex-Scotsman friend of ours said he brought his 3 teenagers to Scotland during May/June 15 years ago to show them his heritage. It poured rain the whole time and the kids were not impressed. We lucked out!

We only encountered the dreaded Scottish midge on 3 nights, so we lucked out there too. The places we saw were unbelievable, the history was brilliant, the scenery was stunning, and we now have a little more than a basic understanding of whisky. The people were super friendly and most of the drivers were so courteous, the only exceptions seem to be those driving left hand drive vehicles.

We have been spoilt by being able to wild camp in Scotland due the ‘Right to Park’ law, which is not the case in England. We will be finding out if it is the case in Ireland. Of the 57 nights all bar 9 were wild camping including the last 32 in a row. Michael and Pam have shown us strategies that mean we don’t rely on campsites for electricity, water, laundry, emptying grey water and toilet cassette, meaning we can virtually be self-sufficient. Fees at campsites can range from £20 to £30 per night so this means we have saved plenty of money which appeals to our Scottish heritage.

It looks like we have been able to track down details of my paternal grandfather. The information that I had to start with was “John Alexander MacLeod was born 1 January 1888 at Lochinvar Scotland. His parents were Hugh & Jean MacLeod.”

In Inverness at the Highland Archive Centre a historian helped us find the census record from 1891 in Stoer (Stoer in 7 miles from Lochinver) of Hugh and Alexanderina McLeod with 8 children of which the 7th born was John Alexander McLeod. From there we were found the birth certificate of John Alexander McLeod on 19 January 1888 in Stoer to Hugh and Alexanderina McLeod, Hugh’s occupation was recorded as a general merchant. The historian said that McLeod and MacLeod are interchangeable and of the 2 MacLeod clans, we were from the MacLeod of Lewis and Raasay clan.

We were then able to track down the wedding certificate of Hugh and Alexina McLeod in Stoer on 7 February 1878, he aged 28, a bachelor and a general merchant and she aged 20 and a spinster. My cousin Karen had tracked down from Grandpa’s war record where his mother’s name was Alice and he was born at Stoer and that his father was a storekeeper. From his war record he served in Egypt and Gallipoli and was wounded and discharged in 1916. My brother, Andrew, Karen and I reckon that we have the right records and we can now start investigating further.

Unfortunately, Grandpa passed away when we were young, so we didn’t get to know him. He was 6 feet 3 which is where my brother got his height from and he had red hair where I got my diplomacy from.

We didn’t have time to investigate my mother’s side of the family other than the wedding certificate of my great grandparents in 1856 in Lochinver. This is still a work in progress but the forced emigration of the family as part of the “Clearances” is something that we are passionate about pursuing. We want to find out as much family history as we can to pass onto our children and the grandchildren.

Today we caught the early Stena Line vehicle and passenger ferry from Cairnryan to Belfast. First stop was the 24/7 laundrette in the carpark of Spar, a grocery store on Shaws Road. 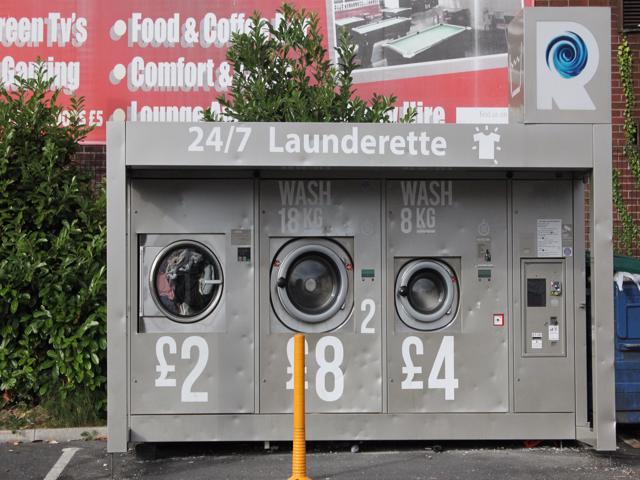 Later in the day, we parked up at Lockview Road carpark, near Belfast Boat Club and cycled along part of the Lagan Towpath in the Lagan Valley Regional Park.  The towpath can be accessed from numerous locations including Lockview Road car park and provides 17 km of continuous off road public access linking the cities of Belfast and Lisburn.  On our ride we passed Lock 1, known as Molly Ward’s after an 18th century tavern which was run by Molly and her husband William, a lock-keeper. 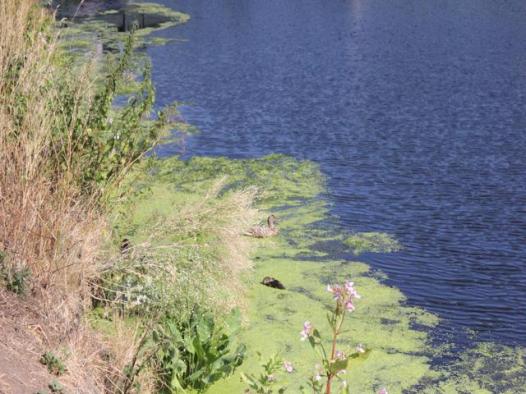 At Lock 3, McLeave’s Lock on the Lagan Canal is the original lock, the lock-keeper’s house and stone bridge. The path is bitumen and is relatively easy to cycle, the only obstacles are old ladies who stop suddenly in the middle of the path. Trees tops cover most of the path making it a great place on a sunny warm day and quite picturesque. 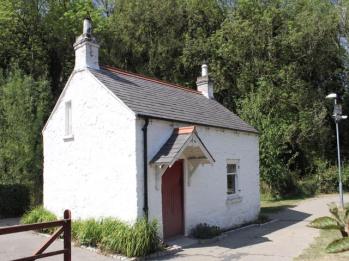 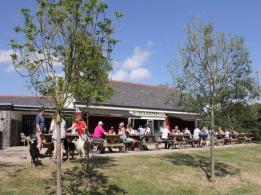 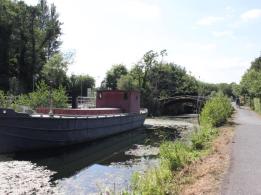 We camped in the Lockview Road Carpark for the night and walked a little way up the road to Cutters Wharf to watch France and Belgium play in the World Cup football first semi-final with France being the victors. This is an excellent place to park because it has a cycle and walking path onsite, a pub/restaurant close by and it is quiet. Lucked out! 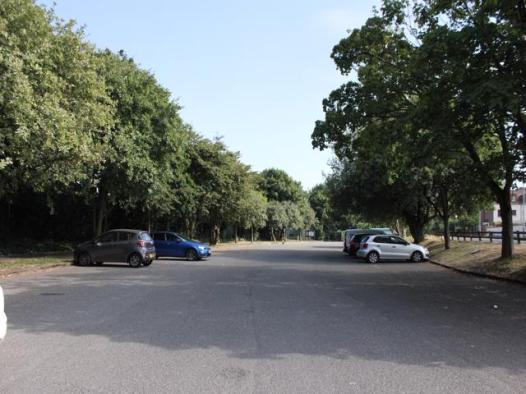